The top-rated IELTS in Trivandrum

Get 7+ IELTS Band to meet your

Get your Free Consultation

As to epitomise the best ielts coaching centre in Trivandrum; with the most impressive track record, Camford Academy specialises on teaching all four IELTS modules so lightly as well as innovatively. Our approach to teaching IELTS is so simple as well as spot-on because we treat every IELTS learner as an indiviual student with different abilities and weaknesses. So, Camford IELTS Trivandrum customises the IELTS coaching that incrases the rate of learning. Why is IELTS course considered tougher than most other English language proficiency exams? Simply because many ielts coaching institutes do not change their teaching methodologies. It is irrefutable that, with the evolvement of time, the strategies of IELTS study keep changing. So, shouldn't we change the tips and tricks of cracking IELTS test? Yes, we should. Camford Academy, the top ielts training institute in Thiruvanathapuram, retunes its methodologies and strategies as to suit each ielts takers in Kerala, India 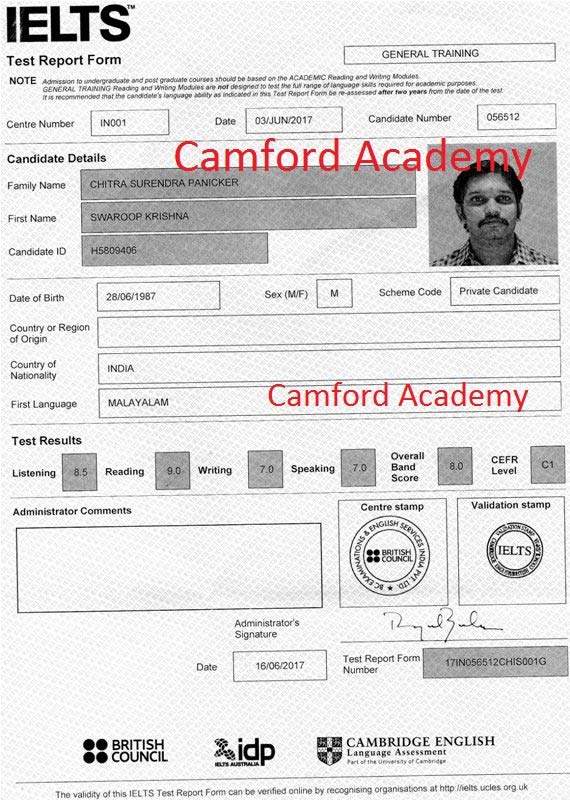 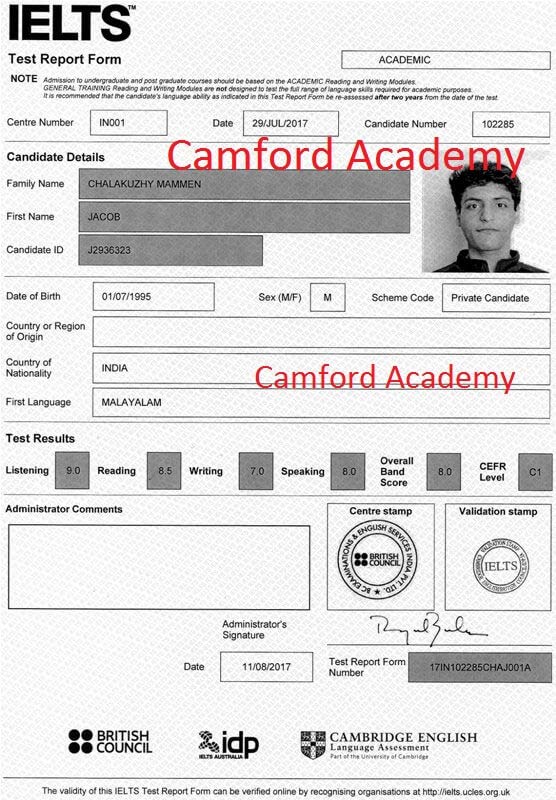 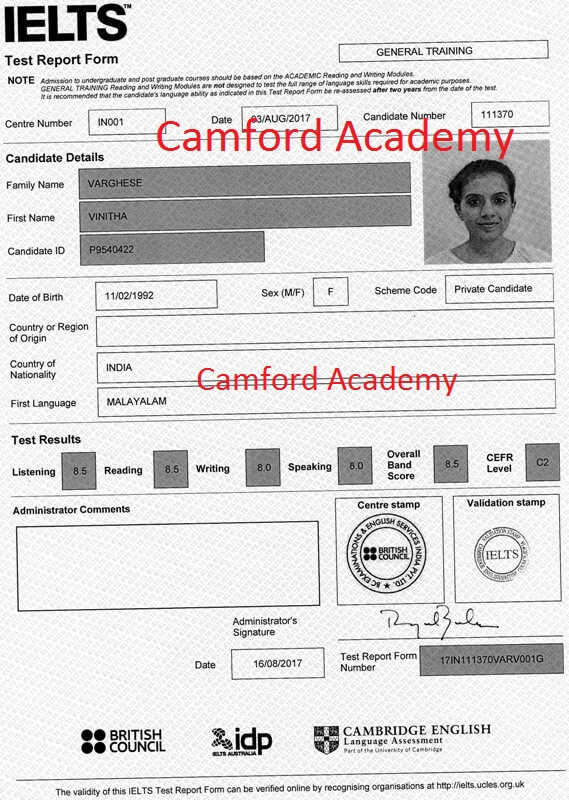 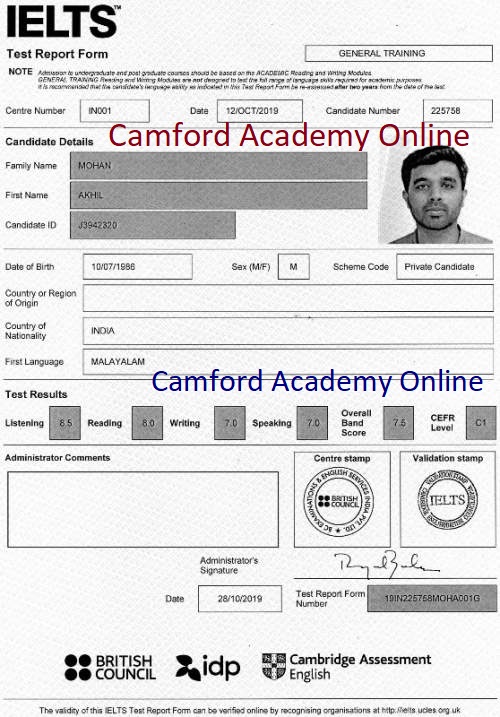 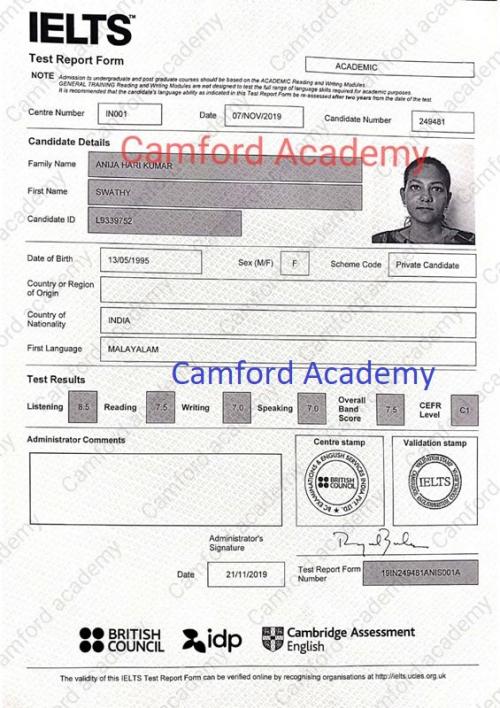 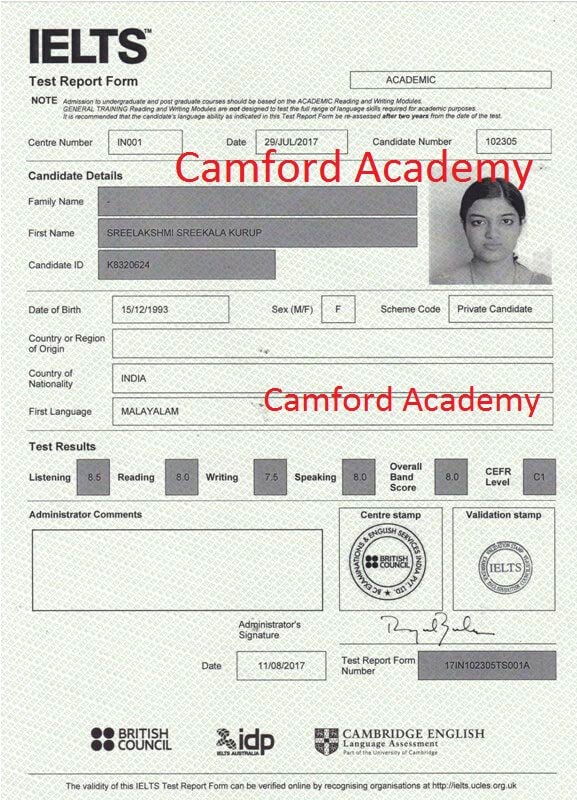 IELTS test takers often ask which is the best IELTS training centre in Trivandrum?. Needless to say that it is Camford Academy which holds the record of the largest numbre of IELTS 7 and Above test results in Kerala, India. Being the best ielts training center, Camford Academy is appreciated for its faultless mastering of the modules of IELTS test. Camford IELTS class is worth every effort and penny spent for the training. If any ielts training institution in Kerala or India can claim the position of the best IELTS centre, we are possibly the frontrunner for the same. Camford's ielts coaching strategy is widely accepted as the best with an enormous number of students from different parts in India flocking to Camford to crack their ielts exams. The four modules In the ielts exam viz Reading, Writing, Speaking and Listening are impeccably taught as to ensure our students pass their ielts tests in flying colours. The ielts training is made easier with our vast ielts materials.

Camford Academy has been formed with a view to providing students with novel experience in language learning that we have gained from the Cambridge University's teaching methods and strategies. The interactive modules of Camford focus on practical and exciting language components that target key weaknesses of Indian learners. This commitment spirals up the rate of learning and overall efficiency of a work based language course. We have recruited the most dynamic, experienced and charismatic Cambridge University (UK) trained trainer for the same. Many companies consider Camford Academy's Programme as a stepping stone as it is more intensive and challenging which proves to be a shot in the arm for their staff. As we are a British Council Gold Member, ielts online exam registration is done free of cost. 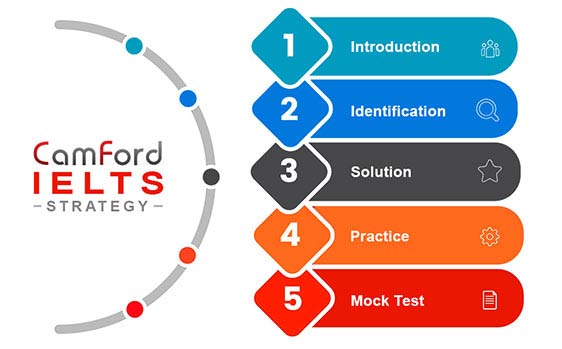 Due to the Covid pandemic, Camford Academy has started Online IELTS training class for all four modules with individual trainer for each student. Ã‚ The delivery of online ielts training class ensures the success as the quality is not at all compromised. Unlike offline coaching, online studies heavily rely on technologies like internet and computer. However, without an experienced trainer, it is unlikely to take you to your target IELTS band score. So, the Camford online IELTS coaching is peerless in Kerala for the features below.

We are happy to introduce a bunch of talented English language trainers in the capital city of Kerala, india. We understand that this is the high time that we changed the age-old traditional language teaching techniques. Camford Academy practices the innovative teaching methods and techniques introduced and widely used by Cambridge University, UK. Camford Academy is one of the rarest institutes in India to have employed Cambridge University trained English language trainers. Camford Academy is a pioneer in using modern tips to make Communicative English and IELTS training learner-friendly.

Why do we need IELTS?

1. To study overseas: Study abroad is a practice in vogue for students not only in India but also in other Asian, Latin American and African countries. Those who wish to pursue their education be it graduation, post-graduation or diploma have to take IELTS without which, it would be difficult to get admission into any universities. Different universities set different IELTS band scores to qualify into their courses. However, a general standard is followed as follows. For admissions into masters like MA, MS and MBA in countries like Canada, UK, Australia, US, New Zealand, Singapore and other European regions, IELTS band score needed is 6.5 with no component less than 6. To be eligible for Ph.D., an IELTS band of 7 and above is preferred. To qualify into graduation like BA, BS, BBA, an IELTS band of 6 and above is required.

2. To apply for immigration / Permanent Residence status in Canada, Australia, New Zealand US or UK: the accepted rule of thumb is to score an IELTS band score of 7 and above in each modules like Reading, Listening, Writing and Speaking. Unlike other countries, Canada PR needs 8 band in Listening module to get maximum immigration points. Even though a band of 6 and above is accepted to file the PR application to these countries, if you want to get maximum points, a 7 band score is a must.

3. To be eligible to apply for a work permit in any of the English speaking countries: registered doctors, nurses and other professionals are required to score an IELTS score of not less than 7 in each component. The other skilled workers like truck drivers need to score just less than 5 band score.

How is IELTS different from TOEFL, PTE and Duo Lingo in terms of reliability and acceptability?

IELTS [International English Language Testing System] is quite different from other English language proficiency tests like TOEFL [Test of English as a Foreign Language], PTE [Pearson Test of English] and Duo Lingo. Even though all these tests focus on measuring a candidate’s overall understanding of English language through four different subtests or modules like Reading, Listening, Writing and Speaking, subtle differences can be seen between these tests.

IELTS is considered to be the most standardized test of all these as it is done in a traditional method using pen and paper in different test centres across the world whereas TOEFL, PTE and DUO LINGO are delivered online only. Besides, IELTS is the most accepted English language proficiency test devised by the University of Cambridge and test centers facilitated by the British Council. So, it has gained more global face than its peers.

Moreover, IELTS is delivered in two formats – IELTS Academic and IELTS General. While the former is taken for academic purposes like higher studies and for registered professions like that of doctors and nurses, the latter is meant for work permit and Permanent Residence.

TOEFL does not have this difference. Nevertheless, it is not accepted for general purposes like applying for work permit and Permanent Residence, especially in Canada.

Even though PTE follows a similar pattern of IELTS, it is not as much widely accepted as the latter with the exception of Australia who accepts the former for both general and academic purposes. However, it is accepted only by a select universities and colleges in the UK, US, Canada and New Zealand.

Duo Lingo, that is offered only online, is relatively a new entrant into the English language market. Currently, it is used by only a few universities in the UK and Canada. It is not used for any other purposes than academic. The benefit of this test is that it can be taken any time at the convenience of a candidate. As it takes only less than one hour, it is the shortest of all four English language proficiency tests.

That said, IELTS, as an English language proficiency exam, outdoes all other tests in terms acceptability and reliability and standardization. So, do not fret too much thinking on which is the most ideal test for you.

1. The latest addition to the block from the IELTS wing is the inclusion of IELTS Indicator test just for the academic purposes and not for work permit and nor for immigration purposes. This test is delivered online with the results published in 5 days. As this test has been introduced at the backdrop of COVID 19 pandemic, it may not be in action once the pandemic settles down.

3. However, the most widely used and accepted test is IELTS Paper Based Test for every purposes: study, work and immigration.

4. IELTS Computer Delivered Test, relatively a new addition, is no different from the conventional IELTS Paper Based Test. However, it is available only at a select centres in each state in India.

IELTS News in India As British Council IELTS in India has been taken over by IDP, all the IELTS tests are conducted by the latter only with effect from July 7th, 2021.

Why is Camford IELTS Trivandrum the most preferred IELTS centre for students?

Obviously, it is the results and quality of the classes. However few words need to be highlighted on the importance of its location. Camford Academy is in the heart of Trivandrum and hence is accessible to students from almost all areas in the capital city: Pattom, Kazhakkoottam, Thampanoor, Kesavadasapuram, Karamana, Palayam, Vazhuthacaud, Sasthamangalam, Vanchiyoor, East Fort, Manacaud, Kamaleswaram, Neyyattinkara, Nedumangaud, Attingal, Kaniyapuram and Ayurveda College. Students from different parts of Trivandrum often ask; which is the ielts centre near me? Camford Academy is the answer because it is close to the railway station, bus stations and the Airport.

what our students speak

With immense thanks and love to netto sir for helping me to achieve 7.5 score for reading,listening and speaking and 7.0 for writing with an overall band score of 7.5 for dec,2015 ielts exam. Trust me guys, the best in class experience with a friendly and cool atmosphere. Get enriched in the English language at an ease from Camford. Thanks a lot Netto sir re you do it. Thank you Camford and team (manager- Ms.Aarya), I dedicate this success to you guys.

Hi everyone, I am really thankful to the entire team at Camford academy along with Netto sir for helping me achieve a 8 band score in the IELTS examination conducted by the British council on 30 th January, 2016. I achieved a score of 8.5 each in listening and reading, 7.5 in speaking and 7 in writing. I really appreciate the classes at camford. I should say that Netto Sir has tips to tackle each kind of question especially in reading as well as listening.The online essays published by sir will give us an idea about the way each type of essay has to be written. The mock speaking test conducted at the class adds ones confidence. The mock test conducted each day at the center helped me to keep up the time. Thank you Camford academy and Netto sir.

Hi Its Amal J Chenattussery from Peroorkada, Trivandrum, Kerala. Its my pleasure to share my ielts training experience that I had at Camford Academy. I took my ielts exam held at Trivandrum on August 8, 2015 and I scored a remarkable band score of 8 in my ielts exam with individual scores Reading – 8.5, Listening – 8.5, Speaking – 8 and Writing - 7.5. Overall band score is 8.0.

For more information on IELTS Coaching in Trivandrum

For more information on IELTS Online Coaching in Kerala

For more information on IELTS Coaching in Kerala

For more information on OET Coaching Class in Trivandrum Kerala

For more information on IELTS Thiruvalla

For more information on OET Thiruvalla